There once was a family who manufactured a camper trailer known as the Skipper, which became more and more popular. Some of the trailers traveled to all four corners of Southern Africa, and the family eventually ended up forming a company making the Gazelle range of caravans. The Kerkhof Gazelle, as it became known, was hand built by the Kerkhof family, who owned the company until they opted for early retirement down at Pennington, Kzn. But, with camping blood flowing through all their veins, Robbie, wife Jenny and son Reinhart decided to add a new element to their successful caravan history and re-launch their famous little Skipper Tent Trailer.

The tents are manufactured in their factory with daughter in law Charmaine in charge. The canvas they use is 100% cotton canvas, which perform well in bad weather as the fibres swell to create a watertight material when wet. The basic construction of the trailers includes an aluminium frame, with white fiberglass body panels that are highly resistant to stone damage and rust. The fold-out, expanding canvas section of the body has most of the poles already attached in place to the canvas to simplify setting up camp.

The Skipper Tent Trailers incorporate good engineering with a strong, hot-dipped galvanized steel chassis and corrosion free materials and fasteners have been used where possible. It is equipped with a suspension suitable for just about any terrain. Robbie will be celebrating his 50 years in the caravan manufacturing in 2013, with son Reinhart following in dads footsteps. Reinhart was brought up in the factory from an early age, and now has over 20 years experience in both repairs and manufacturing. 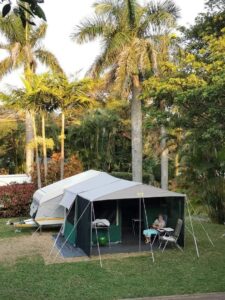 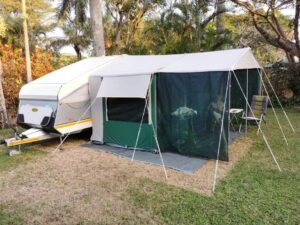 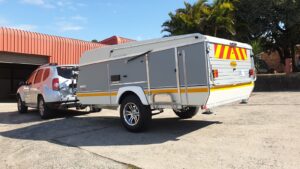 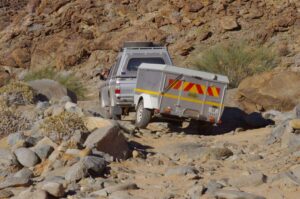 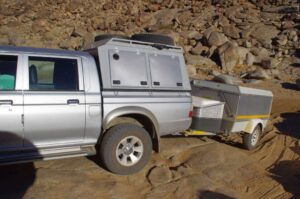 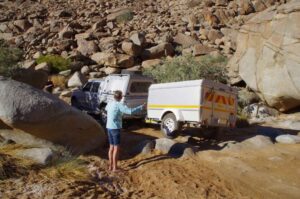 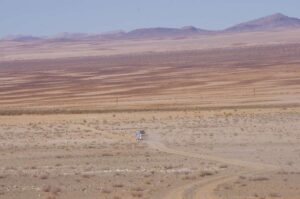 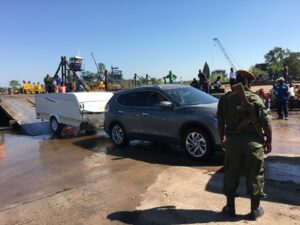 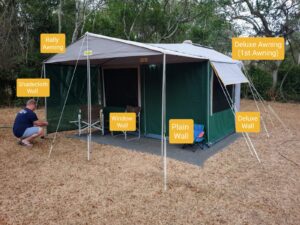 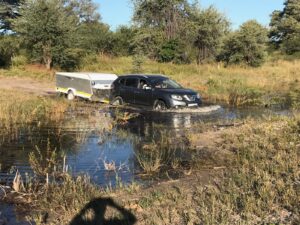